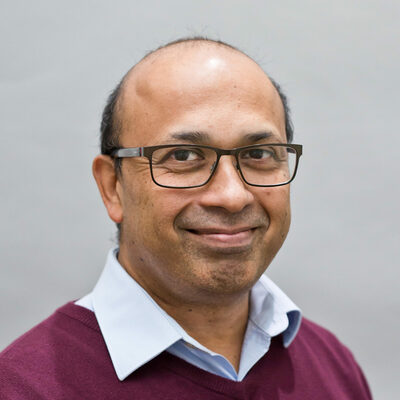 Fazal Ali has a special interest in sports injuries to the knee both in adults and in children. He works at Chesterfield Royal Hospital and the Sheffield Children’s Hospital where he is helping to set up a national referral service for these problems in children. He trained in Sheffield with a Knee Fellowship in Newcastle and a short Trauma Fellowship in New York. He is a former Training Programme Director for South Yorkshire and is presently the Honorary Secretary of BOSTAA. He is head of the Question Writing Committee of the FRCS Intercollegiate Board.
He has published his work, written chapters and given invited lectures on training issues and knee surgery both nationally and internationally. He has edited ‘Orthopaedic Examination Techniques’ which is a best-selling orthopaedic text and has recently been published in Chinese. He is the founder in 2007 of the largest clinical examination course worldwide: The Chesterfield and Sheffield FRCS Clinical Course.
Fazal was voted ‘South Yorkshire Orthopaedic Trainer of the Year’ on five occasions. He was given a life-time award for training by the South Yorkshire training scheme in 2012. He was twice shortlisted by BOTA as one of the top trainers in the UK. In 2018 he was again voted Trainer of the Year, this time by East Midlands. In 2017 he was honoured by the South Yorkshire Orthopaedic Training Rotation by the creation of an annual award: The ‘Fazal Ali Award for Academic Excellence.’
He serves as a senior examiner for the Intercollegiate Board in the FRCS(Tr&Orth) examinations. In 2017 he was elected to the panel of international examiners. Mr Ali also serves on the board of examiners in some developing countries with the view that this would help advance the standard of orthopaedics in these countries.